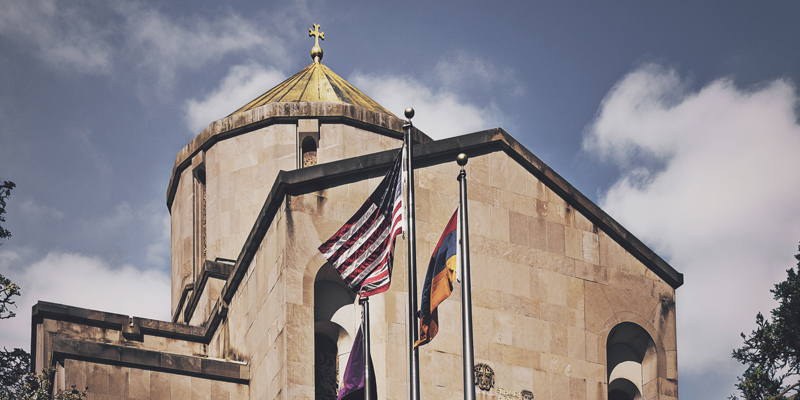 The Armenian Church of America was established officially by Catholicos Mkrtich Khrimian in 1898. Today the Church has two dioceses in the U.S: the Eastern Diocese—known officially as the Diocese of the Armenian Church of America—has jurisdiction over all of the United States except California, Washington, Nevada and Arizona. The Western Diocese, consisting of the above western states, was constituted in 1928. A third diocese governs all of Canada.

The head of the Eastern Diocese is the Primate—currently his Grace Bishop Daniel Findikyan—who is elected by clerical and lay representatives of the parishes at the Diocesan Assembly, which meets annually. The Primate is president of the Diocesan Council, consisting of lay and clerical members, which governs the affairs of the Diocese.

The spiritual home of the Eastern Diocese is St. Vartan Armenian Cathedral in New York City (pictured above). The cathedral was consecrated in April 1968 by the late Catholicos Vasken I. Adjacent to the St. Vartan Cathedral is the three-story Gulbenkian Cultural Center and Diocesan House. The complex includes a cultural center, museum, library, religious and language departments, office and meeting rooms and various other facilities. The center also contains the Haik and Alice Kavookjian Auditorium, as well as the Krikor and Clara Zohrab Information Center, a research facility dedicated to scholarship and the dissemination of information about Armenian-related topics.

More information can be found a www.armenianchurch.us.