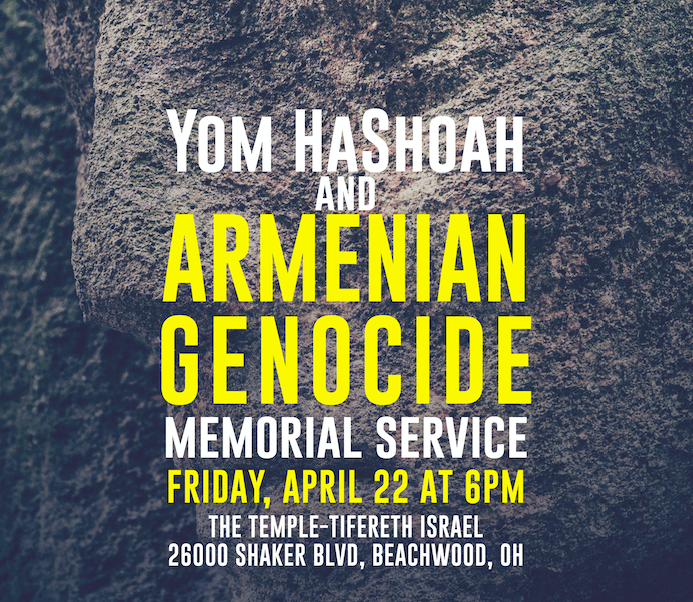 Join us for a special Yom HaShoah and Armenian Genocide Memorial service. Let us stand shoulder to shoulder with our Jewish brothers and sisters as together we recall the destruction of the 20th Century, the courage and steadfastness of our martyrs and survivors, and vow: Never again. Let us stand together for equality, justice, and freedom, for solidarity, and for the protection of ethnic and religious minorities throughout the world.

Launched on April 24, 1915, the Armenian Genocide was the systematic eradication of the Armenian people and culture in the Ottoman Empire during World War I. Before the start of World War II and the Holocaust, in August 1939, preparing for his army’s attack of Poland, Hitler announced the readiness of his military units with orders to kill men, women, and children of Polish derivation in order to create “living space” for Germans. To allay the concerns of his officers he said: “After all, who today speaks of the annihilation of the Armenians?” Click here to view a flyer.